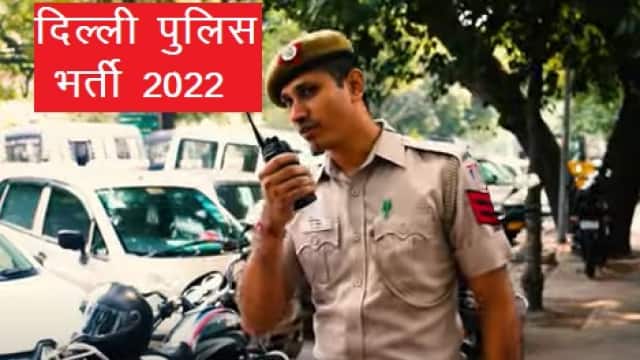 The recruitment process cannot be closed after appointment to some seats. The bench has said that after the release of the results of this recruitment process of Delhi Police, it has also been said in the internal communication of June, 2020 that the remaining seats will be appointed through additional merit list and it has been talked about releasing this list soon. Went.

The tribunal said that in such a situation, there is no reason to not make appointment to all the 707 seats under the advertisement issued in 2017. Making this observation, the tribunal has ordered the Delhi Police to release the result of all those contestants who have found place in the merit list for the appointment of MTS on 439 seats.

The bench gave this decision while disposing of the petition filed by advocate Anuj Agarwal on behalf of 29 participants. After this, under fresh recruitment, 29 participants had filed a petition in the tribunal demanding appointment. The court has ruled on this.

this is the case
In December, 2017 Delhi Police invited applications for the appointment of 707 MTS in 10 trades including Safai Karmi, Cook, Watering, Peon. After the written test of 100 marks in the first stage, the police called the successful applicants for the test. Police called 1485 roll number for trade test. After this the police stopped the recruitment process of recruiting only 268 people. Advocate Anuj Aggarwal said that in the information under RTI, the police kept saying that the appointment would be made. But in December, 2020 said that the recruitment process will start afresh for the remaining posts.

Share
WhatsApp
Twitter
Telegram
Koo
Email
Print
Copy URL
Previous article
ICC Men’s T20 World Cup comes to Reels: What this means for cricket fans
Next article
It is important to keep these things in mind here is the complete i.