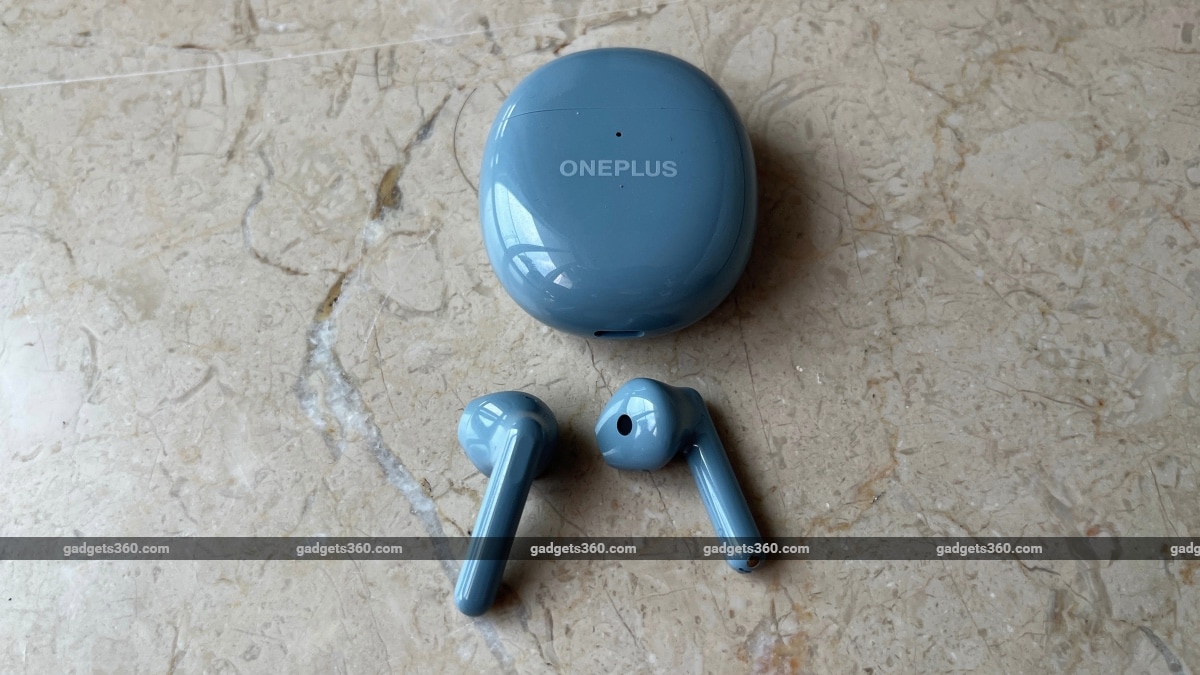 Much like the Nord CE range of smartphones which are even more affordable than the standard Nord lineup, the OnePlus Nord Buds CE is an entry-level product, but promises a fair bit despite its low price. There is app support, ultra low-latency mode, and a lightweight design with the outer-ear fit which is more comfortable for some than the more common in-canal fit. Is this the best affordable true wireless headset you can buy right now? Find out in this review.

The outer-ear fit isn’t as popular as it once was, but there are still some options such as the OnePlus Nord Buds CE that have it

The outer-ear fit for true wireless earphones is a lot less popular now than it was even just a couple of years ago, but a few brands continue to offer options with this fit. The OnePlus Nord Buds CE features this outer-ear fit, which is a significant change from the in-canal fit of the slightly more expensive OnePlus Nord Buds.

Naturally, this means that there is barely any passive noise isolation on the Nord Buds CE, but many potential buyers may consider that a good thing. Additionally, the fit is always a bit loose, and the earpieces tend to move around a bit with even the slightest contact, and particularly when using the touch controls. This design also means that the specific angle that the earpieces are worn affects the sound considerably, which can be quite annoying.

Available in two colours — white and grey — the OnePlus Nord Buds CE have a single-mould design with long stems for the microphones and battery charging contact points. The touch-sensitive area is at the top of the stems, and is very sensitive to touch gestures. I had to deactivate the single-tap gesture because it led to a lot of accidental commands even when doing something as simple as adjusting the fit.

Fortunately, the touch controls are customisable, allowing you to set up single-, double-, or triple-tap gestures to control various functions such as playback, invoking the default voice assistant on your smartphone, or activating the 94ms low-latency game mode. The earpieces weigh just 3.5g each and are IPX4 rated for water resistance, while the charging case weighs about 33g.

The charging case is pebble-shaped and small enough to store in your pocket easily. The bottom has the USB Type-C port for charging, and there is an indicator light just above the OnePlus logo and below the lid. There is no pairing button on the charging case, and no wear detection sensors on the earpieces. There is no active noise cancellation, but there is AI noise cancellation for improved clarity for voice calls.

Like other OnePlus true wireless earphones, the Nord Buds CE uses the HeyMelody app to enable customisation of the earphones, but only on non-OnePlus smartphones. If you have a OnePlus smartphone, the functionality is embedded into the phone’s Bluetooth settings, and doesn’t need an app. The Nord Buds CE are only supported by the HeyMelody app on Android though; iOS users don’t get app support.

I used the earphones with a OnePlus smartphone, which allowed me to use OnePlus Fast Pair to quickly pair and link the earphones to my smartphone. I then had to go into the Bluetooth menu for the earphones and tap ‘Earbud functions’ to reach the detailed settings for the Nord Buds CE.

If you have a OnePlus smartphone, detailed customisation is available through the system’s Bluetooth settings

These include Sound Master EQ with four equaliser presets for sound customisation, control customisation for the left and right earpieces separately, a mode to use the earpiece touch sensor as the camera shutter button remotely, and firmware updates. You can also view the battery levels for the earpieces and charging case through this menu.

The OnePlus Nord Buds CE have 13.4mm dynamic drivers, with a rated sensitivity of 128dB and a frequency response range of 20-20,000Hz. For connectivity, there is Bluetooth 5.2, with support for the SBC and AAC codecs.

Although suitably equipped when it comes to specifications and features, the OnePlus Nord Buds CE’s sound quality is quite heavily influenced by the fit. Even the slightest change in the way you put the earphones into your ears can considerably change the sound; this is common on all earphones with this fit, but feels particularly pronounced on the Nord Buds CE. However, over the course of my review, I found the right fit for a good combination of comfort and sound quality.

Support for the SBC and AAC codecs meant that the Nord Buds CE were equally at ease with iOS and Android devices, although for my review I primarily used a OnePlus smartphone as the source device to ensure easy access to the customisation features. The earphones were fairly loud, and despite the lack of proper noise isolation, even a volume level of around 60 percent was more than enough for indoor listening.

I quite liked the open, free-flowing feel of the outer-ear fit. This allowed me to keep a ear open on my surroundings without significantly affecting the listening experience — something that many earphone buyers specifically want, for use when outdoors. I also found that the ‘Balanced’ equaliser preset was ideal for pretty much any listening.

Listening to The Great Divide by Velvetine, the introduction leading up to the bass-heavy beat drop was fun to listen to, with the OnePlus Nord Buds CE offering up a fair amount of attack and aggression, while maintaining a reasonable level of detail for a budget headset. Interestingly, twisting the earpieces inwards a bit significantly bumped up the drive and rumble in the lows, and bass enthusiasts might actually like this seemingly unintended flexibility.

Although I did on occasion feel that the highs were a bit shrill, the sound was generally pleasant with most tracks at moderate volumes. Listening to Subways by The Avalanches, I found the mid-range to be surprisingly adept and clean, and the earphones created a decent soundstage and detail levels in this diverse sample-based track.

Connection stability wasn’t a problem with the OnePlus Nord Buds CE, and I was able to use the earphones at distances of up to 4m between the earpieces and smartphone. Call quality was acceptable for short calls, although I was told that my voice sounded a bit different and strange by someone I regularly speak to on the phone.

The earpieces have 27mAh batteries, while the charging case has a 300mAh battery. I was able to use the earphones for about four hours on a single charge, and the charging case added an additional three charges for a total run time of 16 hours per charge cycle, which is acceptable for a headset in this price range. There is fast charging on the OnePlus Nord Buds CE, with a 10-minute charge said to offer 81 minutes of listening on the earpieces.

Much like with its smartphones, OnePlus’ approach to the affordable true wireless earphones segment is a sensible one that has seen some worthwhile products. The latest in this list is the company’s most affordable true wireless headset yet. The OnePlus Nord Buds CE is a capable pair of earphones on the whole, and might be particularly tempting to anyone who has a OnePlus smartphone.

That said, the outer-ear fit and the somewhat inconsistent sound as a result of the fit are worth noting on the OnePlus Nord Buds CE. The lack of passive noise isolation of this fit isn’t necessarily for everyone, and options such as the Realme Buds Air 3 Neo with a proper in-canal fit and better passive noise isolation may be worth considering instead. However, if you do decide to get the OnePlus Nord Buds CE, the overall experience should largely be a pleasant one.