Google Pixel 7 and Pixel 7 Pro First Impressions: Worth the Wait? 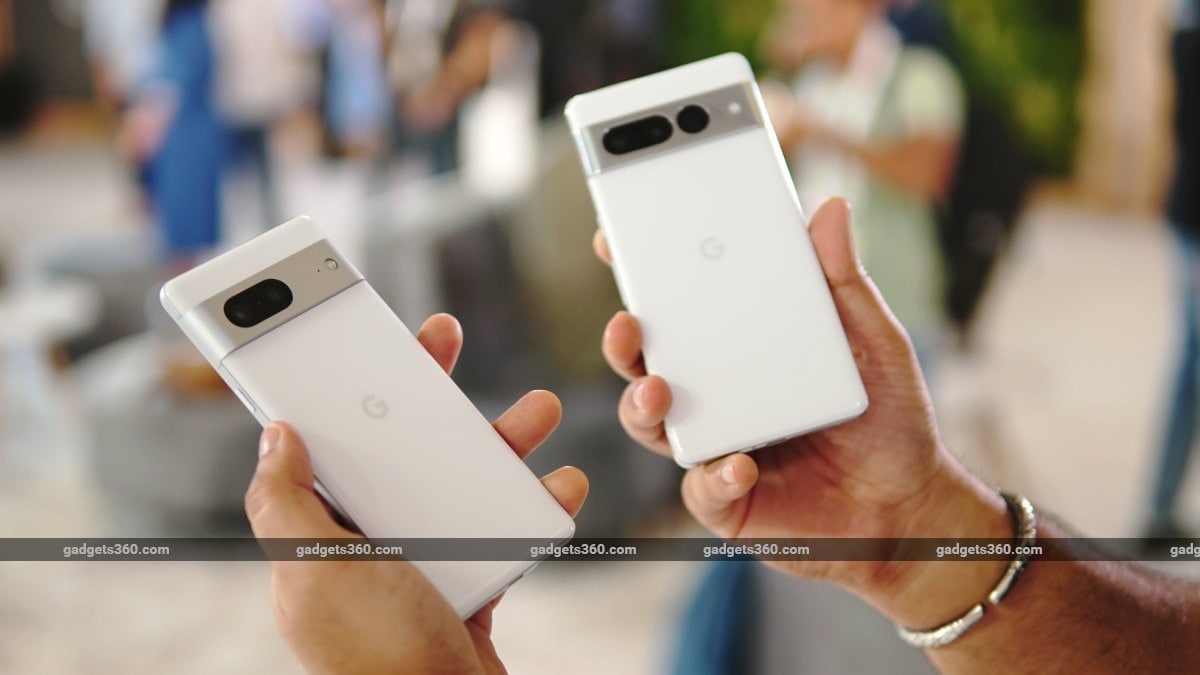 The Google Pixel 7 and Pixel 7 Pro have been launched in India, four years after the 2018 Pixel 3 and Pixel 3XL. After waiting for so long, Google finally decided to offer top-end smartphones for Indian consumers again. Sure, Google did launch the more affordable Pixel 6a here not too long ago, but it was nowhere close to its flagship counterpart in terms of performance. Launching premium smartphones after a gap of four long years in India, will Google be able to regain its position in the premium price segment? Especially now, when Indian consumers have access to a variety of devices from various brands in these price segments. I got to spend some time with the latest offerings from Google at its event in New Delhi, and here are my first impressions of the Google Pixel 7 and Pixel 7 Pro.

Both Google Pixel 7 and Pixel 7 Pro look similar to the Pixel 6 lineup, and the body-matched aluminium camera bump on each device surely stands out. The back panels are definitely fingerprint magnets, and every time i wanted to take a picture of these phones, I had to wipe them clean. Fingerprints show a lot more on the Obsidian and Hazel colour options. If you’ll be rocking either of these phones without a case on, I would suggest you go for the lighter colour variants.

The plastic back panels don’t give a very premium feel to these devices. At the back of each phone, we have the distinctive camera bar and also the usual Google logo in the middle. The Google Pixel 7 sports a 6.3-inch full-HD+ OLED display with a basic 60hz refresh rate, but it is bright enough and does seem to have good saturation levels. The Pixel 7 Pro has a bigger 6.7-inch quad-HD+ LTPO OLED Display with upto a 120hz refresh rate. The bezels are quite thin on both these smartphones.

The Pixel 7 does feel a lot more natural in the hand, mainly because it is fairly compact, whereas the Pixel 7 Pro is a lot bigger and sometimes I did feel as though I was stretching my thumb a little too much to reach the opposite corner of the screen. Despite their sizes, there’s not much difference in the weight of these two phones – the Pixel 7 weighs in at 197g while the Pixel 7 Pro stands at 212g. The smaller Pixel 7 has matte aluminium sides For the Pixel 7 Pro, we have polished aluminium sides that feel a lot like what we see on the Pro iPhone models, but this means the frame attracts smudges and fingerprints too. We have the same button placement on both models, with the volume buttons and power key on the right, the SIM tray on the left, and a USB-Type C port along with the primary speaker and microphone on the bottom.

Both these phones are IP68 water and dust resistant, which is a plus, as not a lot of phones in the Indian market offer this, especially in the price range that Google Pixel 7 is in.

The Pixel 7 has a 50-megapixel wide camera with an f/1.85 aperture, and a 12-megapixel ultra-wide-angle camera with an f/2.2 aperture. The Pixel 7 Pro utilises the same 50-megapixel wide camera but its 12-megapixel ultra-wide camera is also capable of autofocus, which means it can take macro shots. but What’s also exclusive to the more expensive model is the 48-megapixel telephoto camerawhich delivers some decent shots. Video quality has definitely been upped since the previous generation. Images shot in good light turned out to be good, and I personally liked the Pixel 7 Pro’s macro mode a lot. Google claims that subjects as close as 3cm can be shot using the macro mode, and after trying it for myself, I have to say picture quality is great. We’ll have more on this in our full review, coming up soon.

​​The Pixel 7 and Pixel 7 Pro are powered by Google’s own Tensor G2 SoCand also have the Titan M2 security chip. Both phones are quite fast and did not show any signs of lagging in the short time that I had with them. The Pixel 7 and Pixel 7 Pro run Android 13 out of the box, and Google claims guaranteed Android software updates for three years as well as Android security updates for five years. The interface is quite smooth and bloat-free, as you’d expect from Pixel devices. Lovers of stock Android are surely going to appreciate using these phones.

Both smartphones have decent battery capacities. The Pixel 7 packs a 4270mAh battery and the bigger Pixel 7 Pro packs in a 4926mAh unit. Google claims that both phones can deliver all day battery life, which we’ll be testing in the full reviews of these devices.

The Pixel 7 and Pixel 7 Pro are both good-looking devices that show off Google’s in-house hardware and software capabilities and have some upgrades in the camera department too. The three-year Android upgrade promise should satisfy consumers who want to stick with one smartphone for a long time. Considering that Google is making a comeback in the Indian market after four long years with flagship devices, it’ll be interesting how consumers react to these phones, especially now that there are so many options in each of the price segments that these phones will sell in. We will be testing both phones to bring you full reviews very soon, so stay tuned to Gadgets360 for more updates on these devices.