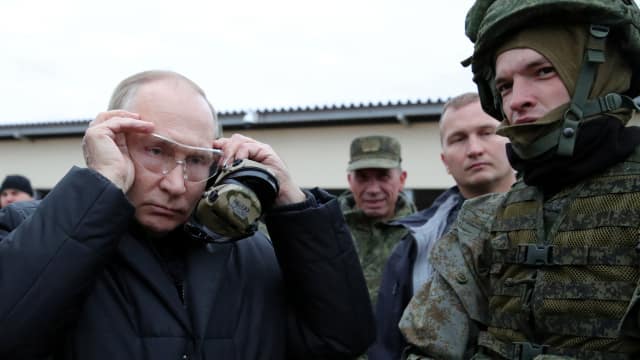 The refugee crisis is deepening due to the Ukraine war. Millions of homeless people are queuing for shelter in a safe country. The hungry and thirsty people somehow want to leave Ukraine and go out. The European Union has decided to provide aid to Ukraine amid fears of deepening of the refugee crisis. At the same time, Russia has asked for talks again. Russia says that ‘nothing is wrong yet, can be talked about’. European Union (EU) leaders on Friday approved a plan to provide 18 billion euros in financial aid to Ukraine by next year.

Earlier, Ukrainian President Volodymyr Zelensky warned that Russia was trying to inflame the refugee crisis by destroying his country’s energy infrastructure. The plan, approved at a summit of the leaders of the 27-nation EU in Brussels, would be similar to US financial aid for Ukraine in the form of monthly installments. Ursula von der Leyen, the chair of the European Commission, said: “Ukraine has told us that they need about 3-4 billion euros per month to maintain the basic facilities.”

Condemn the “barbaric and deliberate” attacks

Leyen said that figure would be met equally by the EU and the US, with additional funding provided by international financial institutions. Leyen told reporters that it is very important for Ukraine to have a proper system of continuous income. He said the EU wants to provide about 1.5 billion euros every month. EU finance ministers are tasked with creating a system to raise funds together. Leyen also condemned Russia’s “barbaric and deliberate” attacks on civilians and infrastructure.

Russia has also targeted Ukraine’s power stations, water supply lines, plants and other key infrastructure with missile and drone strikes in the past eight months of war. On Thursday, via video link, Zelensky said that “attacks by Russian cruise missiles and Iranian combat drones have destroyed more than a third of our energy infrastructure.” It is targeting and forcing the people of Ukraine to take refuge in the countries of the European Union.

Putin was in favor of talks with Ukraine from the beginning, nothing has changed yet: Russia

Russian President Vladimir Putin was in favor of talks with Ukraine “from the very beginning” and “nothing has changed” in this regard. Responding to comment. Earlier in the day, Erdoan said Putin appeared to be “softer and more prepared to negotiate” than ever before. On the possibility of talks to end the conflict, he said, “We have not given up hope.”

“If you remember, President Putin tried to start talks with both NATO and the US even before the special military operation,” Peskov said. A document was almost agreed upon among Ukrainian negotiators. Nothing has changed in this regard. The position of the Ukrainian side has changed…Ukrainian law now prohibits any negotiations.”

Weird Tradition: Here people marry the corpses, put the bones of the woman in the grave of an unmarried man!

India to resume work on at least 20 stalled projects in Afghanistan, says Taliban