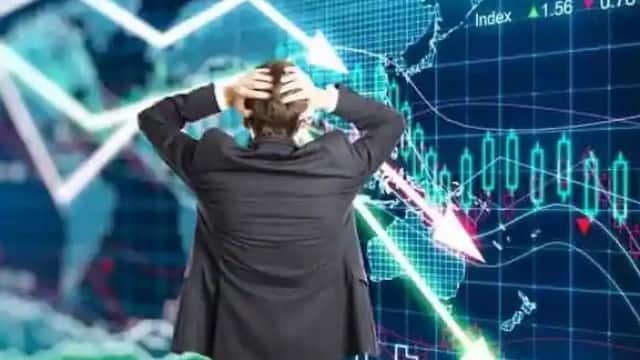 Credit Suisse: Is the world going to be in the grip of an economic slowdown once again? This is a question that is being discussed a lot these days. First Corona, then due to the Russo-Ukraine war, economies around the world have collapsed.

The poor financial condition of such Swiss bank Credit Suisse has added to the fears of recession. Let us understand how the bankruptcy of a bank leads to a worldwide recession. For this, we have to go back to the 2008 era. Before knowing what happened in the year 2008, let’s understand the business term ‘credit default swap’, because the whole discussion will revolve around this one word.

What is Credit Default Swap?

Banks also collect money through bonds. Private companies also adopt some similar methods. For example, there is a company named Infra Private Limited. Now this company needs Rs 1 lakh. The company has issued 100 bonds of one thousand rupees each.

Suppose a person named Abhishek bought a bond of a company for 5 years at 3% interest. But after two years, investor Abhishek feels that the company will not be able to return the money. In this case, Abhishek goes to a third-party insurance company (it could be a bank too), thereby paying 1 percent of the bond.

He secures his $100 amount. Thousands of investors like Abhishek get bonds insured with this third-party insurance company. But in recession or adverse circumstances, this insurance company also could not pay the money of the people and went bankrupt. This situation is called a ‘credit default swap’. Now you must be thinking that what is its connection with the recession of 2008 and how does Credit Suisse link it to today’s era?

The major reason for the recession in 2008 was the Lehman Brothers Company. This company used to provide security to people’s money. Just like the insurance company was giving protection to Abhishek’s money. In the first few years of 2008, American banks were giving loans to the people.

Then to secure his amount, companies like Lehman Brothers were taking security by paying a nominal interest. On the trust of companies like Bank Insurance, people were being given loans on loans indiscriminately. At the time of 2008, it was seen that the loan on the people became so much that they were unable to repay it.

This incident shook America’s market, and banking system. After which the markets around the world collapsed. A situation like Lehman Brothers is also emerging in front of Credit Suisse. In 2008, the credit default swap spread was 2.5 percent. In simple words, the percentage interest on which Abhishek was given insurance by the company. The same is called credit swap spread. The higher it is, the higher the risk.

The banking system has seen a lot of changes since 2008. But Credit Suisse hasn’t modified its operations much. The bank has been taking risks. This quality of taking risks has created danger in front of him.

Billions of investments in companies like GreenSill have been sunk. At the same time, there was a lot of turmoil in the management of the bank during the last two years. Due to this the crisis deepened.

How is Credit Suisse’s financial position?

The company has suffered losses in 5 out of 7 quarters. Shares of Credit Suisse have lost 60 percent in the year 2022. According to BQ Prime, the market cap of the company which once managed an asset of 1.1 trillion has become 10 times less than that of HDFC. To improve the economic situation, 5000 people had to be fired from their jobs. The top management has had to change.

Will the situation settle down?

Russia has cut off Europe’s energy supply due to the Russia-Ukraine war. This reduction has come at a time when energy consumption increases during the winter season. Energy prices will rise sharply after Russia’s cut. The pound has declined by 22 percent against the dollar.

The disappointing news is also coming out from America. US GDP figures have disappointed in the first two quarters of this year. Overall, the crisis is not over yet. According to experts, if Credit Suisse goes bankrupt, then there may be a big recession from 2008.