Are Paradigms of Indo-US Relations Changing? 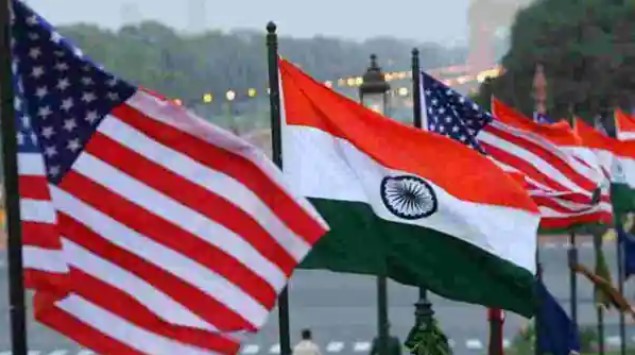 Indo-US Relations: Little did the world expect that the war in Ukraine would become such a spoiler of global geopolitics that many emerging and well-established international relationships would get challenged.

The conflict’s geostrategic location, players, links, economic impact, and scope for spread have made it the focus of greater concern than almost any other crisis in recent times.

Geographically India may be displaced from it, yet its own position as an arrived middle power and an emerging swing power has given it a status to punch as per weight and perhaps even more.

Over the last eight months, India has had to strategically balance its approach towards the emerging international environment which is shaping the post-pandemic next world order. This has been dictated by the compulsion of its identified interests as well as a demonstration of its strategic autonomy.

The above description of the recent period of Indian foreign policy, a challenging time no doubt, is in sharp contrast to the perception which appeared to exist over the slightly longer period (presuming 2010 onwards and especially after Apr 2020).

The earlier inability of the US to detach itself from conflicts in the Middle East and Afghanistan from where hybrid threats led to its further inability to shift focus to the more crucial region of what was then known as the Asia Pacific.

In the interim, it cultivated the powers that would form useful partnerships to counter the rapid rise of China. The latter after its economic achievements was and continues to seek global dominance in the status of a superpower.

One of the relationships in which the US invested with great confidence but yet a degree of diffidence was the Indo-US relations in which a mix of experience had left more negative than positive vibes, especially during the relatively less spoken period of 1993-96.

This was the period when the US policy on Kashmir undermined Indian interests and attempted to promote Pakistan; despite the well-known Pakistan sponsorship of proxy war and terrorism in Kashmir.

It’s the subsequent rapid rise of China that brought the US to realization. Equally, it was the demonstrated potential of India which also indicated to the US the necessity of taking on board a country so strategically located both in the continental and maritime domains in China’s proximity.

As a nation not finding favor with China and considered somewhere between a competitor, rival, or adversary, India was tailor-made to be a US strategic partner and the process had started as early as Jul 2005.

Some may even appropriate the Indo-US Nuclear deal to set the course of this relationship. The later waypoints have been the commencement of the 2+2 Dialogue, the emergence of the Indo-Pacific region (as against the Asia Pacific).

And the passage of approval for many of the strategic resource-sharing arrangements. The official US State Department website describes the emergence of Indo-US relations as: –

In recent weeks we hear some noises about the Indo-US relations hitting rocks. A few issues of significance in the new complexities since February this year. First, the US expected Indian support for the stance over Ukraine. India was clear that neutrality was in its interest.

The clinching arguments were in favor of not upsetting Russia with whom a legacy strategic relationship exists. Besides the huge dependence on the supply chain of military hardware.

The 5 bn USD S400 Indo-Russia deal had remained a sticky issue with the Trump Administration. Although the strictures of CAATSA were never applied. The progress of the Indo-US Strategic Partnership had snippets of US compromise as special gestures towards India.

Perhaps that is the reason why everyone is reading into flags going up in recent weeks. The decision to refurbish the Pakistan fleet of F16 aircraft through a 400 million USD deal. For counter-terror purposes is the obvious one. Visits by the US and the German Ambassadors to PoK and statements bordering on grey. Perceptibly against Indian interests, have attempted to put pressure.

What’s surprising is that some of this happened just. After PM Modi gave his now famous advice to Putin about the ‘season of war. It partially changed the Western media’s attitude towards India.

The US Administration picked it up as a sure-shot indicator of a completely opposite opinion emerging in India. While all it was a piece of pragmatic advice. Perhaps it sensed an opportunity to tactically tweak and find India’s nerve points.

Unfortunately, it stepped on the wrong ones. The long winding visit of General Qamar Bajwa to Washington was yet. Another gesture of re-warming Indo-Pak ties after the Afghanistan fiasco.

Efforts to cultivate information that India’s defense industry too was. Involved in the supply chains of hardware being provided to Ukraine were perhaps aimed. At hitting the core aspect of India’s neutrality.

Assessing all the above, the first positive is the fact that External Affairs Minister S Jaishankar spent 10 days. In one of India’s most energetic diplomatic campaigns in New York and Washington; with 55 meetings to boot. That India too attaches strategic significance to Indo-US relations can hardly be denied.

Where the US seems to have gone wrong with optics is the domain of Indo-Pak relations. An improving situation in Kashmir and quiet borders when associated with refurbishment budgets for F-16 aircraft in Pakistan. At a time when Pakistan is reeling under 30 bn USD losses due to floods is wrong optics.

The US makes these mistakes often; this time it seems it is tactically relegating Indo-US relations. In terms of its future significance for the Indo-Pacific. And actually attempting to exploit India’s emerging international significance in the Ukrainian crisis. Energy, economic management, and strategic relationships, all of which make a difference.

The core Indo-US relations may not have really been disturbes. Much will depend on how the Indian strategic setup, now quite robust, views this.

Dalit Amar Akbar Anthony: What will happen if Christian and Muslim Dalits get Aarakshan ?